The belief is that if you wear the Martenitsa, Baba Marta will help you, and spring will come more quickly. People often give a Martenitsa as a gift to a friend or relative.

The tradition comes from the following legend:

The legend goes over a thousand years back (Bulgaria was found in 681). A legend about the origin of the tradition tells that khan Asparouh, the founder of present-day Bulgaria, had a sister named Houba. She was captured by the enemies. To free his sister, Asparouh had to find free land and take his people there. He promised to inform his sister once the land was discovered. He wanted to send her a dove that had a thread tied to its leg. While flying, the dove was wounded and its blood colored the thread. Yet Houba got the good news and managed to escape.

JCI Pleven organises the first for the city “language cafe” that aims to gather foreigners with young and pro-active locals.

If you want to practice a foreign language with native speakers and
network with young and pro-active people this is the event for you.

Make sure you bring your enthsusiams and willigness to learn from others !!! 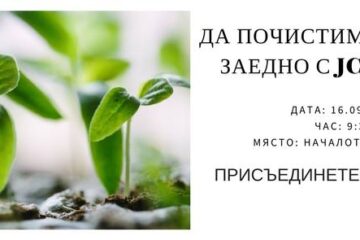